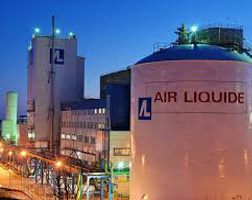 The US$150 million investment will have a capacity to produce almost 30 tonnes of hydrogen per day, equivalent to fuelling 35,000 Fuel Cell Electric Vehicles (FCEVs).

There are currently 35 operating hydrogen fuelling stations in California, with 29 others to follow, according to the California Fuel Cell Partnership. Air Liquide will provide a reliable supply solution to fuel the 40,000 FCEVs expected to be deployed in the state of California by 2022.

“We are convinced that hydrogen is an essential sustainable energy vector of the future and a cornerstone of the energy transition.”

Air Liquide and FEF have also entered into an agreement to make an equity investment in FEF, following previous assistance to the company by Toyota and Honda.

“Air Liquide is bringing significant private investment to build a key piece for growing California’s hydrogen network. It’s yet another indication of the momentum for hydrogen as a replacement for gasoline.”

Air Liquide has designed and installed more than 120 hydrogen stations around the world, with more to come.

“The commitment to construct a hydrogen plant of this scale by Air Liquide and supply FirstElement Fuel with hydrogen for its fuelling stations in California is a clear demonstration of the shared vision of global leaders like Air Liquide, Toyota and OEM community to innovate, build and deploy the vehicles and infrastructure to enable clean mobility of the future,” said Jim Lentz, CEO of Toyota North America.