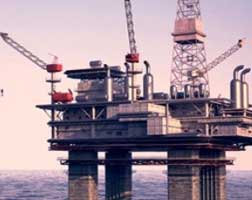 The new joint venture signed by Iraq and its Arab partners will result in coordinated transport, storage and trade of crude oil and refined products globally.

The move comes as Iraq becomes increasingly active in developing new channels for the sale of its oil produce since the country regained its position as the second-largest OPEC producer.

“The new venture will have exclusive rights for transportation of crude and refined products. It will develop other projects include trading starting with fuel oil and products and can eventually get into crude oil allocations,” an industry source close to the matter said.

Iraqi Oil Tankers Co. struck a deal to own 22.5% stake in the venture, with the Arab Maritime Petroleum Transport Co. (AMPTC) holding the remaining shares.

“Formation of AISSOT is based on Iraqi Oil Ministry vision to further strengthen activities of two major entities i.e. AMPTC and IOTC in the field of shipping, marine services, and oil trading,” AISSOT said in a statement. “It is also one of Iraqi Oil Ministry’s initiatives to develop national oil companies to international levels.”

The Organization of Arab Petroleum Exporting Countries founded AMPTC back in 1973. Saudi Arabia holds the largest stake, 15.595%, with the group’s smaller members holding shares commensurate with their national output and initial financial contribution to the company.

Iraq has been active in developing new channels for the sale of their oil goods since the country regained its position as the second-largest producer in OPEC.

Top Iraqi oil marketer Falah Al Amri suggested in May that Iraq is in the beginning stages of creating an oil price hedging program that would lock in prices for future trades well in advance—just like Mexico’s existing strategy, but almost twice as large in size.