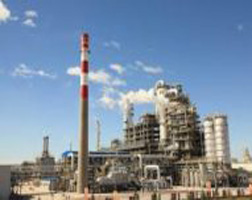 By 2021, the Malaysian state of Sarawak will have a methanol and methanol derivatives project, with the first plant with an investment of US$800 million.

The project will play a significant role in Sarawak’s economic transformation and extend the oil and gas downstream value-chain to transform the state into a petrochemical hub in the region, said Chief Minister Datuk Amar Abang Johari Tun Openg recently.

Abang Johari went on to say that by going downstream, “a lot of by-products will have positive effect on the economy”, speaking at the signing of a tripartite MOU for the project recently.

The MOU for the Engineering, Procurement, Construction and Commissioning (EPCC) was signed between a Sarawak government entity, Yayasan Hartanah Bumiputera Sarawak (YHBS), and a consortium between China Huanqiu Contracting and Engineering Co Ltd (HQC) and MACfeam Sdn Bhd, a subsidiary of Pegasus Diversified Bhd.

Abang Johari also said the proposed complex, which would be 100% owned by the Sarawak government, would be built at an 80.9-ha site in Bintulu, near the Samalaju Industrial Park.

It is expected to be able to produce up to 5,000 tonnes of methanol/day. “In three to four years’ time, the methanol price is expected to rebound. We hope by the time the plant is completed, it hits the right market,” according to Abang Johari.

Meanwhile, MACfeam director Datuk Ismail Mohamed told Bernama news agency that the entire project costing over US$2 billion, which comprised three plants, would be developed in two phases. The plants are expected to be completed between seven and 20 years’ time, he said, adding that the project was included under the China’s Silk Road Economic Belt and the 21st-century Maritime Silk Road’ or the ‘One Belt, One Road’ initiative.

It is also a clean-burning, biodegradable fuel. One of the fastest growth markets for methanol is the production of ethylene and propylene, primarily taking place in China, as an alternative to ethane or naptha.

According to the Methanol Institute, there are over 90 plants with a combined production capacity of 110 million tonnes, with global demand reaching 70 million tonnes in 2015. Demand is driven in large part by emerging energy applications, accounting for 40% of methanol use.