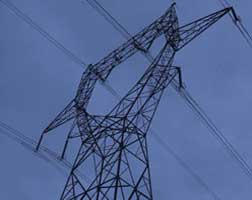 Kenya’s energy generator said Friday it has successfully drilled another set of big geothermal wells, further boosting the country’s quest to be self-sufficient in electricity.

Kenya Electricity Generating Company (KenGen) said three wells located within one pad with a total capacity of 33MW, form one of Africa’s biggest well-pad located in the geothermal-rich Olkaria area.

“The multi-well pad drilling approach reduces drilling costs. We drilled two directional wells and one straight well and when we tested the wells, their output is up to 33 MW,” said the company’s Geothermal Development director Engineer Abel Rotich.

Rotich said the wells come months after KenGen had mid last year struck 30MW from a single geothermal well, named OW-921 in the same field. The well was connected to the 140MW Olkaria IV project.

The huge steam finds have been made possible owing to the company’s experience in geothermal exploration, improved technology and world-class expertise.

“It is not every day that we strike 33MW from a single pad. The normal average capacity from one well is 5MW. This means that we needed up to 6 wells to attain similar capacity. We have literally saved half of the drilling costs for 30MW with this single pad,” Rotich said.

Geothermal, which peaked last December, is still the main source of electricity followed by hydro. However, the full benefits of the phased 280MW have already reflected on the power bills.

Data from the industry regulator showed that the share of geothermal stood at 47.9 percent of the national mix for the first quarter of the year.

To accelerate its geothermal power production program, KenGen has also resorted to mobile wellhead plants which are faster to deploy. Fourteen such wellheads are expected to be completed by 2016.

Rotich said the wells will be connected to the proposed 140MW Olkaria V project — KenGen’s next ambitious project which is set to break ground before end of this year.

“This development means that we have guaranteed up to 22 percent of steam towards the financing of the project. We are currently negotiating with the project’s consultants to hasten the progress of tendering for the engineering, procurement and construction (EPC) Contractors while funding is also being discussed with various development partners,” Rotich said.
He said a transmission line connecting a new well head Unit 914 has been completed, paving the way for injection of a further 27MW from the wellhead units.

KenGen plans to add at least 3,000MW to its power generation fleet by 2018, a good chunk of which will be from renewable sources such as geothermal and wind.

“The new well-pad, which is among the biggest in the country, firmly positions Kenya as a major geothermal power producer globally and helps to meet Kenya’s growing demand for electricity as the country implements the Vision 2030 of becoming an industrialized economy,” said Rotich.