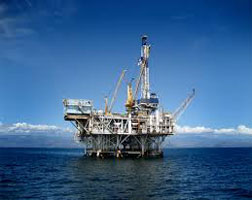 The delivery of 10 offshore oil rigs and drillships has been delayed by SeaDrill Ltd.
It expects challenging market conditions at least through 2016, as the Oslo-listed oil services company reported a 37% drop in second-quarter net profit.

Net profit fell to US$379 million, or US$0.77 a share, in the three months to end-June, down from US$605 million in the same period a year earlier, though that was better than analysts’ expectations of around US$317 million. Revenue dropped to US$1.11 billion from US$1.22 billion in the second quarter last year.

Seadrill said it expected to reduce or postpone spending to save US$500 million this year, after reducing costs by US$250 million in 2014.

“We are now targeting an increased level of cost savings for 2015,” said Seadrill Chief Executive Per Wullf. “We believe market conditions will remain challenging through 2016.”

Seadrill’s cost-reduction effort comes amid falling oil prices which have put heavy pressure on companies supplying the oil and gas sectors where producers themselves have had to move fast to bring costs down in line with falling revenue.

Seadrill’s earnings before interest, taxes, depreciation and amortization rose 1.6% to US$651 million from US$641 million a year earlier. Third-quarter Ebitda was expected to drop US$160 million on the quarter, partly due to more idle time for its rigs, Seadrill said.

The company has 15 drilling vessels under construction, and said it would delay some of the deliveries by up to two years, including two drillships and eight jack-up rigs.