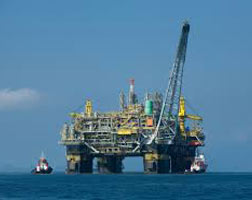 WILLISTON — The number of drilling rigs in North Dakota plunged to 76 on Friday, down from 146 in February and the lowest since 2009, according to new data from the state Department of Mineral Resources.

The drop in rigs occurs as companies are pumping less crude as a glut of petroleum has sent prices plummeting more than 40 % since last year, according to the DMR. Companies decreased production in January and February, then increased in March as prices began to rise, but new figures show a slight downturn of 22,000 barrels of oil a day to an estimated 1.17 million bpd in April.

Helms was unavailable for comment Friday due to a personal holiday, said Alison Ritter, public information officer for the state. There will also be no media availability following the release of his monthly Director’s Cut on June 19 due to additional scheduling conflicts.

The monthly average West Texas Intermediate crude oil spot price increased to $59 a barrel in May, up $5 a barrel from April, according to the U.S. Energy Information Administration. After increasing for 20 weeks to a record 62.2 million barrels on April 17, crude oil inventories at Cushing, Okla., have since fallen for six consecutive weeks by a total of 3.2 million barrels. Along with falling Cushing inventories, increasing U.S. refinery runs and production outages in Canada have put upward pressure on the price of WTI crude oil.

Meanwhile, natural gas production increased 1.4 % in April to 1.5 billion cubic feet per day, according to the DRM. The North Dakota Pipeline Authority said that natural gas flaring slightly dropped 1 % to 18 %.