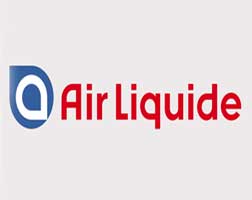 In line with its plan to reduce its emissions of CO2, South Africa’s Sasol has signed an exclusive negotiation agreement for Air Liquide to acquire the biggest oxygen production site in the world located in Secunda in South Africa. In this context, Air Liquide would operate the 16 air separation units (ASU) of this site, with an installed capacity of 42,000 tonnes/day, in addition to the unit it already operates today, and would launch a multi-year plan to modernise these facilities. In addition to the benefits this would bring in terms of safety, reliability and efficiency, the solution provided by Air Liquide would allow, in coordination with Sasol, a targeted reduction of 30% to 40% in CO2 emissions arising from the oxygen production by 2030. The amount of the initial investment would be approximately 8.5 billion South African Rand (circa 440 million euros).

Present on the site since 1979, Air Liquide has supported Sasol, an integrated energy and chemical company for many years. A major industrial player, Sasol is at the heart of a particularly critical ecosystem for the economy of the country. Air Liquide has built and sold to Sasol the 16 air separation units the Group is acquiring today, in addition to the unit it directly operates. A multi-year investment and modernization plan is associated with this deal.

The parties aim to negotiate final agreements within the next months. These agreements will be subject to approval by the relevant authorities.

Outsourcing oxygen production to Air Liquide would improve safety, reliability and efficiency, in particular from an energy standpoint thanks to the implementation of highly mastered operational practices, state of the art technologies, modernization investments and digital capabilities to optimize the management of these assets and the energy consumption. In addition, it is the intention to secure large quantities of renewable energy in line with the call for tenders which has been put out by Sasol to supply the Secunda site with 600 MW of renewable energy. The implementation of all these solutions would allow Air Liquide to reduce by 30% to 40% the CO2 emissions linked to oxygen production by 2030, in line with Sasol’s commitment to lower its carbon footprint.

Benoît Potier, Chairman and CEO of Air Liquide, said: “The acquisition and operation of all the oxygen production units of the Sasol Secunda site represents a key step in the long term relationship we have had with Sasol for 40 years, and we are pleased to be able to reinforce it for the years to come. It will enable new teams to join those of the Group already present on site. In line with our strategy and our know-how, this operation illustrates our intent to act as of now in favor of the climate and local ecosystems. It will allow both Air Liquide and Sasol to focus on their core business, combining operational efficiency and reduction of CO2 emissions.

Fleetwood Grobler, Sasol President/CEO said: “We have embarked on a journey to reposition Sasol of the future as a more resilient and sustainable enterprise. In the short-term, a number of measures has been developed and one of these measures is the acceleration of our asset divestment programme to streamline our portfolio by focusing on core assets. While this transaction is in line with this review and has important commercial benefits there are very clear and compelling strategic objectives – one of the most significant being the pursuit of decarbonisation not only for the ASU operations but for the whole of Sasol’s Secunda Operations. This transaction is more than a business transaction. We welcome Air Liquide as one of our partners in our decarbonisation journey and we are pleased to continue and strengthen our longstanding association with them.”

A world leader in gases, technologies and services for Industry and Health, Air Liquide is present in 80 countries with approximately 67,000 employees and serves more than 3.7 million customers and patients. Oxygen, nitrogen and hydrogen are essential small molecules for life, matter and energy. They embody Air Liquide’s scientific territory and have been at the core of the company’s activities since its creation in 1902.