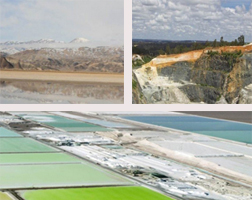 Albemarle Corporation, a leader in the global specialty chemicals industry, has begun earthworks at the Kemerton Strategic Industrial Area, in Western Australia, for the construction of the company’s Kemerton lithium hydroxide (LiOH) conversion site.

Albemarle recently received the required environmental approval from the Australian federal and state government for the Kemerton plant. “The site earthworks at Kemerton today are on track with our projections,” said Eric Norris, Albemarle President, Lithium. “Achieving this milestone underscores our commitment and confidence in developing LiOH operations in Western Australia and in our overall strategy to drive significant shareholder value and meet our customers’ demands.”

As previously disclosed, the Kemerton plant would have an initial capacity of 60,000 tonnes of LiOH with an ability to expand to 100,000 tonnes over time. The commissioning of the Kemerton site is expected to start in stages during the course of 2021.

Late last year, Albermarle formed an agreement with Mineral Resources Limited for a wholly-owned subsidiary of Albemarle to acquire a 50% interest in MRL’s Wodgina hard rock lithium project (Wodgina Project) in Western Australia and form a joint venture with MRL to own and operate the Wodgina Project to produce spodumene concentrate and battery grade lithium hydroxide for a purchase price of US$1.15 billion.

After closing of the acquisition and completion of the construction and ramp-up of the spodumene concentration plant, the Wodgina Project is expected to produce approximately 100 ktpa lithium carbonate equivalent (LCE). This is planned to be used as feedstock for the future lithium hydroxide plant.