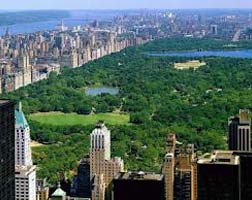 In many U.S. cities, buildings emit more greenhouse gas emissions than even cars or factories. That’s because powering and heating office towers and apartment buildings releases large amounts of climate-change pollutants, environmental officials say. But that may be starting to change.

Cities across the country are taking significant steps to reduce energy and water waste in commercial buildings and to install rooftop solar panels and other clean energy technologies. Leading the way is Washington, D.C., which ranked first on the U.S. Environmental Protection Agency’s latest list of the top 25 energy-efficient metro areas.

The EPA rankings are based on the number of Energy Star-certified buildings each city added over the past year. The federal Energy Star designation goes to buildings that use 35 % less energy and cause 35 % fewer emissions than other buildings of a similar size and use. More than 25,000 commercial buildings have been certified since the program began in 1999. “They’ve saved more than $3.4 billion on utility bills and prevented greenhouse gas emissions equal to the annual electricity use from nearly 2.4 million homes,” the EPA wrote on its website.

The agency began ranking cities in 2009 after noticing a growing number of Energy Star buildings in cities, the EPA said. Washington is the first metro area to beat out Los Angeles for the top spot since the competition began. The agency also ranks the top midsize and small cities.

“The District of Columbia is proud to be a national leader in energy efficiency,” Mayor Muriel Bowser said in a statement this week. “Investing in our green economy is good for our environment and good for business. We are fully committed to working with our local business leaders to lower energy costs, reduce our carbon footprint and employ residents with good-paying jobs in the rapidly expanding sector.”

“We will go into any business and not only do the assessment of your business’s energy use, but we will help implement the changes,” Garcetti told radio station KNX-AM about the process. – International Business Times