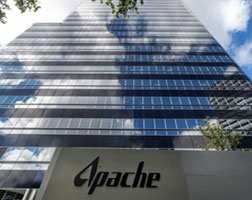 Apache Energy has confirmed it has sold its West Australian oil and gas assets to a private equity consortium for more than US$2 billion.

The sale includes gas fields in the Exmouth and Canning basins and various facilities, including Apache’s Varanus Island concern, as well as other holdings.

Apache is an oil and gas exploration and production company with operations in the United States, Canada, Egypt, and the United Kingdom, and the sale is an exit from the Australian market.

The consortium that bought the assets is a joint partnership between Brookfield and Macquarie Capital, each of which will have a 50 % share in the new holdings.

In a statement, the consortium said the business would continue to have a strong focus on developing the growth of the domestic gas market in WA.

It said a long term gas supply agreement for the initial supply of 120 terajoules per day of natural gas has been entered into with Alcoa.

The consortium said the long term contract underpins its commitment of future capital to the business’s gas assets.

“We recognise and place a high value on the partnerships that have been developed over many years with customers and the WA Government,” she said.

“A key focus of the business going forward will be to continue to develop these long term partnerships with high levels of alignment, such as has been achieved with Alcoa.”

The sale is subject to Government approval.- ABC.net.au