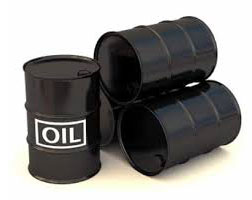 “At this moment, U.S. diplomats are paving the way for Iran to reassert itself as a major world energy supplier,” said API President and CEO Jack Gerard. “American voters understand that lifting the ban on Iranian oil resources, while maintaining a ban on U.S. companies, is illogical and restricts our own competitiveness. It doesn’t make sense. U.S. energy producers should not be placed at a competitive disadvantage to anyone, whether it is Russia, Iran or any oil-producing country.”

“These votes will play an important role in determining whether America remains a global energy superpower for decades to come,” added Gerard. “If we act now to harness this once-in-generation opportunity, America is poised to add billions to the domestic economy, creating jobs up and down the energy supply chain.”

“Bipartisan momentum is stronger than ever, and we urge members of the House and Senate to schedule committee and floor votes on this issue as soon as possible.  Now is the time to send a message to allies around the world that America is ready to lead.”

API is the only national trade association representing all facets of the oil and natural gas industry, which supports 9.8 million U.S. jobs and 8 % of the U.S. economy. API’s more than 625 members include large integrated companies, as well as exploration and production, refining, marketing, pipeline, and marine businesses, and service and supply firms. They provide most of the nation’s energy and are backed by a growing grassroots movement of more than 25 million Americans.