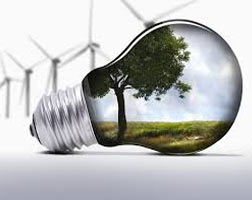 A plan for a new global research programme aimed at driving down the costs of renewable energy more quickly has drawn serious interest from the world’s leading economies, its proponents say.

The Global Apollo Programme would be an internationally coordinated scheme of research and development focussing on electricity storage technology, smart grids and renewables, according to a report prepared by scientists, economists, former chief executives and academics.

“In the Cold War, the Apollo Programme placed a man on the moon. Today we need a global Apollo programme to tackle climate change but this time the effort needs to be international,” the report said.

Although renewable energy costs have been falling in recent years, particularly for solar photovoltaic, the downward trend needs to be accelerated amid record high greenhouse gas emissions and air pollution caused by coal plants and diesel.

“I have seen considerable interest from a wide range of countries,” David King, one of the report’s authors and former UK government chief scientist, told reporters.

“Hopefully by November we will have commitments,” he added.

World leaders will meet in Paris this December to agree on a plan for curbing global warming but prospects are fading for a deal that would keep average temperatures below the ceiling.

The Apollo programme should be set up with the aim of making renewable energy cheaper than new coal plants in sunny parts of the world within 10 years and worldwide from 2025, the leading climate experts said.

“The US$6 billion that governments spend on renewable RD&D is far too low. It compares poorly with the US$101 billion spent worldwide on production subsidies for renewables, not to mention…for fossil fuel energy (totalling US$550 billion).”

The programme would launch with a minimum of US$15 billion, requiring countries who join to commit to spending at least 0.02 % of their gross domestic product a year on renewables research, the results of which would then be shared with other programme members.