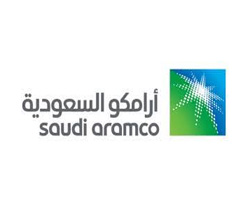 State-owned Saudi Aramco plans to invest up to US$1.6 billion to take up a 20% stake in South Korean refiner Hyundai Oilbank, which is owned by Hyundai Heavy Industries Holdings.

Saudi Aramco is already the biggest shareholder in South Korea’s third largest refiner, S-Oil Corp, with a 63% stake, and the latest deal will aid to boost crude oil sales to Hyundai Oilbank, the country’s smallest refiner by capacity.

It has been reported by Reuters that Saudi Energy Minister Khalid al-Falih said in early January that the state oil giant will be listed by 2021.

Aramco, the world’s largest crude producer, plans to increase investment in refining and petrochemicals in a bid to cut its reliance on crude as demand for oil slows.

Hyundai Oilbank has a total of 650,000 bpd of refining capacity in the southwestern city of Daesan and also aims to expand its petrochemical business.

Hyundai said it would use the funds from the Oilbank deal to invest in new businesses and improve its financial structure, including cutting its debt-to-equity ratio.