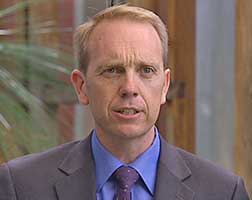 The ACT Government already has a target for 90% of its power to come from renewables by 2020. This is not done via a strict direct physical reliance on renewable energy to meet power demand from ACT consumers, but rather through purchasing power from the grid and then offsetting this via contracts with renewable energy power generators in the ACT and other states to produce an equivalent amount of power.

Environment Minister Simon Corbell told the ABC News they were well on track to achieving the 90% target stating, “Through the large-scale solar and wind auctions we will achieve 60 % renewable energy target by the year 2017 and 80 % by the year 2018.”

The new target to offset 100% of power consumption with renewable generation is set to be achieved by 2025.

In addition to the 100% renewable energy target, ACT Chief Minister Andrew Barr told the ACT Labor Conference that a Labor Government reduce their shareholdings in fossil fuel businesses. According to Fairfax Media a conference motion for the government to “responsibly divest over a five-year period from companies that are listed in the Carbon Underground Top 200 list published by Fossil Free Indexes” was amended as part of debate on the floor. Under the revised motion the Territory Government will materially reduce their shareholdings in companies with high carbon emissions profile.

“We are delighted to see the Government stand up for a safe climate and clean energy future by committing to get the territory’s money out of coal, oil and gas companies” said Josh Creaser of the fossil fuel divestment activist group 350.org .