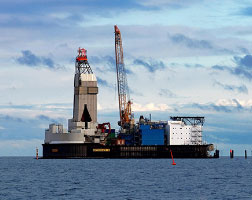 German conglomerate BASF and LetterOne are to merge their respective oil and gas businesses – Wintershall and DEA – in a joint venture called Wintershall DEA. BASF will hold an initial 67% interest in the jv, with LetterOne obtaining the remaining 33% stake of Wintershall DEA’s ordinary shares.

Read: BASF and LetterOne complete merger of Wintershall and DEA

The transaction, expected to be completed by Q2 of 2019, is subject to approvals of merger control and foreign investment authorities, as well as mining authorities and the German Federal Network Agency.

DEA is operating in the field of exploration and production of crude oil and natural gas and is headquartered in Hamburg, Germany. The company has long-standing experience along the entire value chain of the upstream business. With its workforce of around 1,150 employees, DEA has stakes in production facilities and concessions in Germany, Norway, Denmark, Egypt, Algeria and Mexico.

Wintershall, headquartered in Kassel, Germany, focuses on exploration and production in oil and gas-rich regions in Europe, Russia, South America, North Africa, and the Middle East. Together with Gazprom, Wintershall is also active in the transportation of natural gas in Europe. The company has about 2,000 employees worldwide and is Germany’s largest, internationally active oil and natural gas producer.

Last year, Wintershall and DEA had combined pro-forma sales of EUR4.7 billion, an income from operations before depreciation and amortisation (EBITDA) of EUR2.8 billion and a net income of EUR740 million.

Production during the same period totalled 210 million barrels of oil equivalent (boe), which equalled around 575,000 boe per day (boepd). The JV will search for growth opportunities in the core regions and aims to produce around 750,000-800,000 boepd between 2021 and 2023.

BASF CFO/Vice-Chair of the board of executive directors Dr Hans-Ulrich Engel said: “With Wintershall DEA we create the leading independent European exploration and production company with international operations in core regions. By combining the two German-based entities, BASF and LetterOne lay the basis for further profitable growth.”

Under the merger, LetterOne will donate all of its shares in DEA to Wintershall. The latter will then be renamed Wintershall DEA, which is to be headquartered in Kassel and Hamburg, Germany.

These figures represent the value of the respective exploration and production in the oil and gas businesses of Wintershall and DEA. BASF will also receive additional preference shares in Wintershall’s gas transportation business after the merger.

After 36 months, these preference shares will become ordinary shares in Wintershall DEA, resulting in BASF holding a 72.7% stake in the jv.