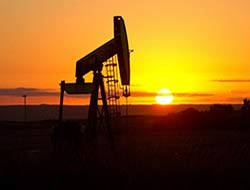 Mining giant BHP Billiton Wednesday reported an increase in iron ore output for the June quarter but a decline in gas production as shale projects were delayed due to weak oil prices.

The Anglo-Australian firm said ore output for the three months to June rose by six % from the same period last year.

This took the overall increase for the 2015 financial year which ended on June 30 to 14 %, for a record 233 million tonnes of iron ore.

“Better productivity will be the sole source of volume growth at Western Australia Iron Ore in the 2016 financial year with production forecast to increase by seven % and unit costs expected to fall to US$16 per tonne,” BHP’s chief executive Andrew Mackenzie said in a statement to the Australian stock exchange.

The iron ore price has been weakening over the past few months and fell to US$44.59 earlier this month, its lowest level since 2009. Mining majors BHP, Rio Tinto and Vale have continued to raise production despite a supply glut and softening Chinese demand.

BHP’s chief executive Andrew Mackenzie said the company had cut annual shale investment by over …
As plunging oil prices hit shale gas, BHP has however wound back on its gas output, reducing production at its onshore assets in the United States.

Total petroleum production dropped by two % over the June quarter from the same period last year, although overall output for the 2015 financial year edged up by four % to a record 256 million barrels of oil equivalent (MMboe).

But the diversified miner said petroleum production was forecast to decrease by seven % in the next financial year to 237 MMboe.

Natural gas production fell by 11 % in the June quarter compared to the same period last year. The quarterly decline saw total production for the 2015 financial year drop by six % to 787 billion cubic feet, amid weaker seasonal demand at Bass Strait and the deferment of developments for onshore US projects.

“In petroleum, through improved recoveries and lower drilling costs, we expect to maintain production in the Black Hawk and Permian in the 2016 financial year despite cutting annual shale investment by over 50 %,” Mackenzie said.

“Although our decision to cut spending in… onshore US will mean deferring gas volumes in the near term, we expect to realise greater value by developing our acreage later.”

BHP last week said it was taking a US$2.8 billion pre-tax writedown on its US onshore assets as plunging oil prices hit shale gas, with the gas-focused Hawkville field at its Eagle Ford operations in south Texas accounting for most of the charge.

It added in Wednesday’s update that further additional charges of between US$350 million to US$650 million were expected in the first six months of this year on the back of impairments and redundancies from copper projects and from onshore US rig terminations.

BHP in January cut back its operating US shale oil rigs by 40 %.

World oil prices collapsed by 60 % between June 2014 and January when they hit a low of US$45, hurt by a global supply glut. – AFP