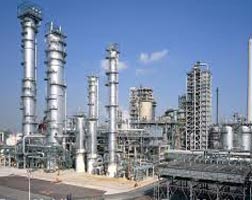 International bids to fix Iran’s refineries have been flowing in as sanctions against the country near an end.

NIORDC, its National Petrochemical Company and Persian Oil and Gas are holding talks to sort out who will be fixing the refineries.

Iran badly needs to complete modernisation plans that ground to a halt after sanctions hit the country five years ago over its nuclear programme.

The projects are worth at least US$100 billion, according to sources close to firms that have held talks in Iran.

The talks accelerated after a nuclear agreement between Tehran and world powers in July paved the way to lifting sanctions.

Sources close to the talks said Iran is moving forward with its pre-sanctions goal to refine more of its own oil and upgrade its petrochemical plants, with a view to boosting earnings.

Iranian officials have already held meetings with a string of international companies to outline their plans, and even organised group bus tours for service companies to visit refineries, according to industry sources.

Business prospects in the sector were also discussed during a string of trade visits from Italy, Germany, Japan and other countries in recent weeks.

“There is also great potential in the modernisation of existing plants for extraction and processing of raw materials and the infrastructure sector,” Wolfgang Büchele, Chief Executive Officer of German gas and engineering company Linde told Der Spiegel magazine after visiting Tehran as part of a German delegation led by Minister of Economic Affairs Sigmar Gabriel last month.

Oil services companies that had been active in building refineries in Iran prior to the sanctions, including Australia’s WorleyParsons, France’s Technipand Axens, South Korea’s Daelim and China’s Sinopec Engineering were all interested in resuming business in the country, the sources said. The companies declined to discuss whether they are meeting in Iran.

Several large refinery upgrades were stopped in their tracks when sanctions hit, leaving parts and equipment stranded, according to a person who operated in several projects.

Iranian Petroleum Minister BijanZangeneh said last month that the Islamic Republic planned to invest US$80 billion over the next 10 years to upgrade and expand its petrochemical sector.

Repairing the country’s 10 oil refineries would likely generate US$100 million in projects for international companies in the short-term, according to industry officials and analysts.

“It is simple if you’re allowed to do it, and it’s urgent at certain refineries,” one oil industry executive said. “It’s a quick win.”

Years of restricted access to technology have left Iran’s refineries limping into the 21st century, forcing them to produce low quality and polluting fuels and creating safety hazards.

For a country with big aims, huge oil reserves and nearly 80 million fuel-hungry consumers, addressing the refining problem is a priority for Iran’s leadership, according to analysts.

“The whole industry is in a mess,” said Mehdi Varzi, president of Varzi Energy consultancy. “Iran has 1.5 million barrels per day (bpd) of refining capacity, but it is the wrong capacity. Iran wants western technology and American technology specially.”

Iranians consume close to 70 million litres per day of gasoline, but the country’s refineries were designed to produce only around 40 million litres. As a result, in 2010, when then-president Mahmoud Ahmadinejad declared the country self-sufficient in gasoline in response to ramped up sanctions, Iran’s refineries were forced run above full capacity, and without regular maintenance.

The nation’s petrochemical plants, which usually produce plastics, were also drafted into service to produce gasoline. But it came at a cost. Drivers have been using gasoline that contains additives that are hazardous to health and banned in most Western countries.

“They are currently spewing out pollution,” Varzi said.

Shazand refinery, one of the nation’s more advanced units, suffered an explosion in 2011, a fire in 2014 and various other problems. The massive Abadan refinery has faced similar difficulties. Bandar Abbas, another 335,000 barrels per day refinery, needs repairs and quick upgrades, sources said.

In fact, virtually all of the country’s refineries need major works of some sort – and quickly.

Sara Vakhshouri, president of SVB Energy International, said scores of western oil industry officials are clamouring for this business. There would be huge competition but the right companies should be able to succeed.

“If you can bring the technology needed, it shouldn’t be tough,” Vakhshouri said.