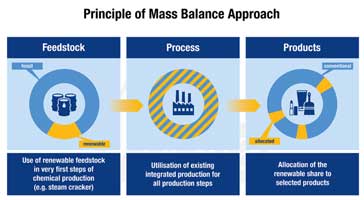 Bio-based naphtha has been available on the market for a few years now. In Europe, about 150,000 tonnes are already used annually, mainly for polymer production. As soon as the political-economic framework conditions are right, this number could quickly increase to several million tonnes, which have flowed into the HVO (hydrotreated or hydrogenated vegetable oils) biodiesel market so far. These fuels differ only slightly from fossil-based naphtha in their chemical composition.

A new report from  nova-Institut presents 17 companies worldwide with capacities ranging from a few thousand tonnes per year to 3 million tonnes. There are currently plans for 50 new or expanded plants. 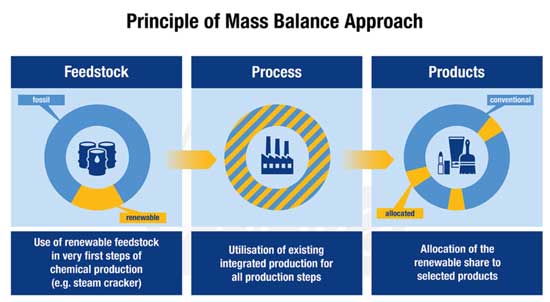 Bio-based naphtha is just one of several feedstocks that will enable a rapid transformation of the chemical industry from fossil carbon to renewable carbon. For the first time in industrial history, the chemical industry can be decoupled from oil and gas. In addition to bio-based naphtha, naphtha and methanol from carbon capture and utilisation (CCU) and, above all, material flows from chemical recycling will play a central role.

The three authors of the report, Doris de Guzman (Tecnon OrbiChem), Harald Käb (narocon InnovationConsulting) and Michael Carus (nova-Institute) provide a brand-new comprehensive overview of alternative, non-fossil naphtha – technology, producers, plants and users. Which are the first companies to produce their products from renewable naphtha? Several examples are given in the report. The demand for renewable polymers is steadily increasing – driven by international brands.

To drive the transformation of the chemical industry towards renewable feedstocks quickly and on a large scale, not only are new naphtha sources important, but also new standards and certification schemes, especially the so-called “mass balance” approach.

In the last decade, the mass balance approach has become increasingly important for the transformation of today’s fossil feedstock base to a renewable and/or circular one. This is especially true when looking to convert the fossil feedstocks of large existing chemical Verbund plants and refineries to biomass, CO2 and secondary raw materials from chemical recycling. The mass balance approach is a mechanism to start the large-scale transition from fossil to renewable raw materials. The goal is a fully converted industry. It is about feeding renewable mass flows to existing fossil systems and processes while keeping track of their quantities and allocating them to specific products. The individual carbon atoms in the product are only to a small extent renewable carbon, but an independent body verifies the allocation of the renewable input to specific products through a certificate.

There is a big debate in the industry whether the mass balance approach can be accepted, as renewable carbon cannot be measured to the extent that is indicated (at times not at all) via the radiocarbon method. Fact is, however, that fossil carbon is substituted to the indicated extent. It is also right and important to define robust and transparent standards that prevent greenwashing and, at the same time, leave the industry enough flexibility to be able to offer its renewable products at reasonable prices. Here, too, the report gives a comprehensive overview of the current status and an outlook. It is interesting to note that several sound and robust certification schemes for mass balancing already exist, both for biomass and recycling. At the same time, an ISO standard for mass balances is being developed and may be published later this year.The technological foundation and the associated standards for a sustainable chemical industry without fossil carbon are currently being created. For the first time, a comprehensive overview is provided through this report.