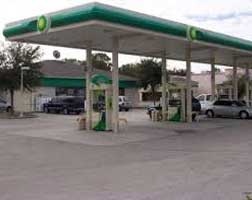 BP reported a loss of US$5.8 billion in its second quarter following a massive oil spill in the Gulf of Mexico in 2010.

The British oil giant is also affected by the 40% fall in oil prices since last year.

In addition, oil price benchmarks have slid 20 % over the last month to around $US50 a barrel, reaching their lowest levels since March.

The global market is oversupplied by about 1.5 million barrels a day because of strong production in the United States and increased exports from OPEC members like Saudi Arabia and Iraq. Production is also up this year in Brazil, Canada and Russia despite declining oil company profits and sanctions on Moscow.

Besides lower prices, the central causes of BP’s profit decline in its oil and gas operations were sharply diminished production in the Gulf of Mexico because of maintenance and a write-down on exploration in Libya because of political turmoil there. BP also reported an operating profit from oil and gas exploration and production of $US494 million in the second quarter, compared with $US4.7 billion a year earlier.

BP made $US9.8 billion in provisions in the second quarter for the $US18.7 billion agreement in principle that the company reached on July 2 with US authorities to settle penalties and damage claims arising from the explosion of the Deepwater Horizon rig in 2010. Total provisions for the explosion, which killed 11 workers and spilled millions of barrels of oil, are now $US54.6 billion.

The loss for the quarter compares with a $US3.4 billion profit for the same period a year earlier.

Long period of low prices
BP executives indicated that they were preparing for a long period of low oil prices. The company said capital expenditure for 2015 was expected to be below $US20 billion, compared with a forecast of $US24 billion to $US26 billion before oil prices started falling last year. The lower expenditure reflects the postponement of drilling and other activities, and reduced prices from suppliers and contractors.

The increases in Iraqi production and exports have been the big surprise for oil experts, given the spread of violence over the last year and the near collapse of cooperation between the central government and Kurdistan on oil production and revenue sharing. The nuclear deal negotiated with Iran has also persuaded oil traders that the global market will be flush with crude through 2016.

Traders have bid down the price of crude in recent days, after the news that the oil rig count in the United States last week rebounded by 21 rigs as drilling activity increased in several shale oil fields around the country. Based on the current rig count, Goldman Sachs projected that US oil production could grow by 125,000 barrels a day by the fourth quarter of 2015 from the same period last year. That is significantly lower than the 1 million barrel a day annual production increase in recent years. But the projection is another sign of the resilience of US oil production, despite the decline in rig counts by more than 50 % over the last year, helped by increased drilling efficiencies.

With the summer driving season in full swing, US consumers have not received as much benefit from the falling prices as some oil experts expected earlier in the summer. The average price Americans paid at the pump Tuesday for a gallon of regular gasoline was $US2.70, according to the AAA motor club, only 7 US cents less than a month ago but 82 US cents lower than a year ago.

BP also increased its estimate of the write-downs it would take this year for layoffs and other restructuring to nearly $US1.5 billion, from $US1 billion.

“I am confident that positioning BP for a period of weaker prices is the right course to take,” said Robert W. Dudley, the chief executive, in a statement.

Dudley, who became chief executive after the spill, has cut back BP’s ambitions and made it into a smaller company. BP raised about $US50 billion through sales of oil and gas fields and other assets, in part to pay expenses, and the selling continues. The company is about three-quarters of the way through a $US10 billion divestment program.

Clearer course
BP agreed to the settlement this month so that the company could move on from the effects of the oil spill. While $US18.7 billion is a big number, it will be paid over 18 years, making it manageable, BP executives and analysts say.

“While the number is huge, it does leave us with the ability to chart a much clearer course,” Dudley told reporters Tuesday.

He also said that reaching the settlement would make it easier for BP to invest again in the Gulf of Mexico, where the company has long been a leader.

“The biggest concentration for us has been in the United States, and it has been a bit risky,” he said, apparently referring to the high penalties and legal costs imposed on BP since the 2010 spill.

Dudley said that he was now “comfortable” with going ahead with a major oil project in the Gulf called Mad Dog Phase 2, although BP would probably wait to allow drilling costs to fall further.

Like other oil companies, BP now has to contend with oil prices that seem headed even lower.

Brent crude prices, now about $US53 a barrel, are 14 % below the average for the second quarter of about $US62 a barrel, and they are far from a peak of about $US110 a barrel in June 2014. Analysts expect further price declines as supply, bolstered by high levels of production, continues to outstrip demand.

The company’s profit, excluding inventory changes and one-time items like the Gulf settlement, fell to $US1.3 billion, compared with $US3.6 billion in the same period a year ago. This number, which is followed closely by investors, was below analysts’ expectations.

Most oil analysts say that oil and gasoline prices are likely to remain low for at least another year. Some, however, are already warning that a rebound is inevitable because demand for cheap energy is increasing and global production is likely to decline eventually or at least grow at a slower rate. Many note that Saudi Arabia may already have no additional production capacity.

“Oil prices will recover in two or three years back to $US90 a barrel or so,” said Andrew Latham, vice president for exploration research at Wood Mackenzie, an international consultancy. “That’s a reflection of a recovery of demand and the fact that sustained periods of low prices have supply consequences.”