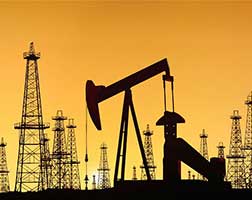 Global energy consumption slowed to its slowest rate of growth since the late 1990s last year in what BP’s chief economist Spencer Dale has described as a “watershed” moment as production of oil outside the Opec cartel surged.
Total energy consumption growth slowed to just 0.9pc, while in China consumption growth slowed at the fastest rate since 1998, according to BP’s closely watched Statistical Review of World Energy.
Mr Dale wrote in the report: “In years to come, it is possible that 2014 may come to be seen as something of a watershed for the energy industry. Not so much because of the near-term volatility associated with the sharp fall in oil prices and the various adjustments that triggered. That volatility is more a return to business as usual. But rather because some of the longer-term trends which are likely to have a huge bearing on the shape of the energy sector over coming years, came to the fore.”

These long-term trends included a surge in the supply of oil from countries outside Opec, primarily US shale and the stalling of demand for coal in China and natural gas.
Oil prices plummeted last year to start 2015 at six-year lows after a price war broke out between members of the Organisation of the Petroleum Exporting Countries (Opec) and producers outside the cartel. Coal also saw sharp declines in prices last year.

Consumption of crude oil grew by just 0.8m barrels per day last year, down from an increase of 1.4m bpd, which helps to explain the dramatic decline in prices.

The report also highlights the growing role of renewables, which grew at the fastest pace of any energy source despite only accounting for 3pc of primary supply. Global emissions also fell to their lowest level of growth since 1998 led by a sharp slowdown in carbon dioxide output in China.

Commenting on the report, Bob Dudley, chief executive of the FTSE 100 oil giant, said: “These events may well come to be viewed as symptomatic of a broader shifting of the tectonic plates that make up the energy landscape, with significant developments in both the supply of energy and its demand. Our task as an industry is to meet today’s challenges while continuing to invest to meet tomorrow’s demand, safely and sustainably.” – Telegraph.co.uk