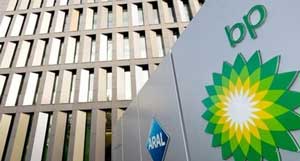 UK-based oil/gas firm BP has started up production at its Ghazeer natural gas field in Oman, which is set to underpin the company’s oil and gas output for years as it shifts to renewables. Ghazeer, the second phase of the development of Block 61, started four months ahead of schedule.

BP is in the midst of the largest overhaul in its history after CEO Bernard Looney set out a path to shift rapidly towards renewable power and reduce BP’s oil and gas production by 1 million barrels per day (bpd) by 2030. A move to be made possible by its oil and gas sector.

“It is absolutely central for BP because it generates the funding allowing us to invest in new businesses and transform the company,” Gordon Birrell, BP head of oil and gas operations, told Reuters.

BP, which wants to sell US$25 billion of assets by 2025, is in talks to sell down its Oman stake, industry sources have said.

The first phase, Khazzan, was brought online in September 2017. Total production capacity from the block is expected to reach 1.5 billion cu ft/day of gas and more than 65,000 bpd of associated condensate.

BP holds 60% of the Block 61 project, Oman’s national oil and gas company has 30% and Malaysia’s Petronas holds another 10%.