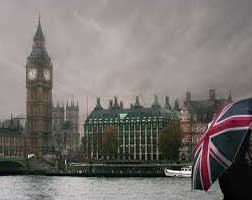 Britain’s finance minister must announce bold oil tax changes in his 2015-16 budget this week to inject new life into the battered North Sea where investment in new projects has fallen and billions of dollars of assets are up for sale.

Oil and gas companies in the area are facing a perfect storm of record-high investment costs and a slump in global oil prices, which has put their balance sheets under strain.

As a result, more than $7 billion of oil and gas fields are currently up for grabs in Britain’s North Sea, according to data compiled by oil and gas consultancy 1Derrick – but closing deals has proved difficult due to a dearth of buyers.

Many large firms have cut investment in the mature basin as they see more profitable opportunities in emerging areas such as south-east Asia and Brazil. Around 25 billion pounds worth of energy firm investments in North Sea projects have still to get the go-ahead from company boards, according to industry group Oil & Gas UK.

While British finance minister, or chancellor, George Osborne has signalled that the industry can expect new tax relief measures in Wednesday’s budget announcements, it is unclear what form such measures may take.

But a change in the taxation regime, together with the fact that in recent months some cash-strapped firms are putting stakes in more attractive projects up for sale, could prompt a revival in deals and attract fresh investment to a sector worth around 5 billion pounds a year to the government’s coffers.

“If (tax relief) doesn’t happen, investment will start to tail off, exploration activity will not increase and there is a real risk of early decommissioning of fields and the associated infrastructure,” said Julian Small, global head of oil and gas tax at advisory firm Deloitte.

Tax experts say the chancellor is likely to announce the introduction of an investment allowance that will reduce the capital expenditure tax rate, a proposal the Treasury put forward last autumn.

Some oil executives have also called for a supplementary charge on oil producers’ profits to be cut to 20 % – the level at which it stood between 2006 and 2011 – from 30 % now, while others want the charge to be dropped altogether.

“It needs to be looked at as the tax position is hindering viability,” Shell Chief Executive Ben van Beurden said in January.

The number of oil wells drilled in the British part of the North Sea fell to the lowest level in 15 years last year, according to data from Deloitte’s Petroleum Services Group.

At the same time, the number of North Sea oil and gas assets on the market has increased to 41 from 30 a year ago, data from 1Derrick shows. That includes some of Total’s stake in the Laggan-Tormore field, Conoco’s 24 % stake in Clair and E.ON’s North Sea book.

Mid-sized independent EnQuest is also offering a stake of 10 to 20 % in Kraken, the heavy oil field it is currently developing. Similarly, Dana Petroleum is reported to be looking to sell up to 26 % in its Western Isles development project.

But deals have been slow to progress, with 21 % of assets staying on the market for more than a year in 2014, up from 13 % in 2013, said Mangesh Hirve, a director at Derrick Petroleum Services.

One problem is that although oil prices have stabilised, buying assets is not yet a priority for most companies.