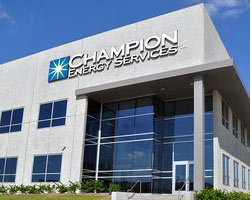 “The addition of Champion Energy is an important step in our concerted effort to create more channels for our wholesale power by getting closer to customers,” said Calpine’s Executive Vice President and Chief Commercial Officer Trey Griggs. “We look forward to building upon the success of the Champion Energy team as we integrate and grow the platform. We are particularly excited to welcome the talented Champion Energy employees to the Calpine team.”

“The Champion Energy team is thrilled to be joining the Calpine team and to be in a position to meaningfully grow the retail business and better serve our customers with the support of Calpine’s modern, clean and efficient fleet of power generation facilities,” said David Tudor, Champion Energy’s President and Chief Executive Officer, who will remain in his leadership role and report to Griggs.

Calpine purchased the business from a subsidiary of Crane Champion Holdco LLC, which owned a 75% interest, and from EDF Trading North America, which owned a 25% interest, for US$240 million plus working capital adjustments. The transaction was funded with cash on hand