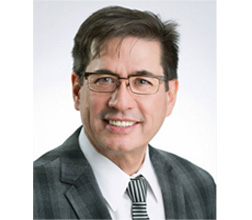 Set up a year ago, new Canadian chemical firm West Coast Olefins is taking the first steps towards the construction of a C$5.6 billion petrochemical facility in Canada. The Calgary-based firm has secured a 300-acre site in the BCR Industrial Area within the city of Prince George, British Columbia, to access abundant feedstocks available in Western Canada. The project will include a 1 million-tonne/year world-scale ethylene plant and polyethylene (PE) facility and the majority of the PE resins will be shipped to the growing Asian markets, it said.

It is preparing to enter the formal regulatory approval process and is targeting a final investment decision by the end of 2020, followed by a three-year construction period to bring the facilities into full commercial operation by 2023.

The overall project will include: an NGL recovery plant to recover ethane, propane, butane, and natural gas condensate from Enbridge’s West Coast Pipeline; an ethylene plant to produce 1 million tonnes/year of polymer-grade ethylene, with the PE plant to consume most of the ethylene produced; as well as associated off-site facilities and infrastructure.

Company officials also say there is a possibility of a mono-ethylene glycol plant being constructed on site to utilise the balance of the ethylene produced.

Once fully operational, the facility will create up to 1,000 permanent highly skilled jobs, while several thousand workers will be required to support the construction effort over a three-year period.

It also says “tens of millions of dollars in sustaining capital investment will be required each year to support the facility, which would provide on-going economic benefits for the community”.

The company says it is also aware of the local sensitivity to air shed concerns in the “bowl area” of Prince George, especially particulate matter and odour issues. The plant uses a low-carbon, clean-burning mixture of methane and hydrogen as its main fuel source for fired equipment that has no soot or odour and minimizes GHG emissions.

“We believe that this makes a strong case for how this project fits with the provincial climate action plan. For the past year, West Coast Olefins representatives have been researching Prince George, and meeting with Prince George-area contractors to investigate local capabilities to ensure that the company maximises its use of local labour and associated construction and fabrication infrastructure. Officials have also had several meetings with First Nations, local leaders, and construction companies over the past six months.,” it adds.

Ken James, President/CEO of West Coast, further added, “The Prince George facilities, using the latest available technologies and leveraging feedstock and transport advantages available in the city, will be the most competitive in North America.”

The project will be constructed within the territory of the Lheidli T’enneh First Nation and West Coast Olefins will be working closely with Chief Clay Pountney and his Council.

“Lheidli T’enneh Nation looks forward to potentially partnering with West Coast Olefins to ensure that if the project is approved will provide significant economic benefits to Lheidli T’enneh and our members, and is designed and built in a way that is aligned with our values,” states Chief Pountney.

West Coast Olefins was incorporated one year ago to develop value-add projects that can leverage the abundant natural gas resource in the British Columbia and ensure maximum economic value is realised by the local community through the full project life cycle.