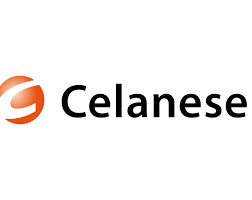 Celanese has recently been granted approvals from the Fairway Methanol LLC board of directors for a second phase expansion, which will increase production to 1.7 million tonnes/year – approximately 125% of the original nameplate capacity – to be implemented as soon as operationally feasible and pending customary regulatory and permitting approvals. Financial details of the project are not being disclosed at this time.

In parallel with this expansion, Celanese and Mitsui will evaluate additional cost effective expansion options for the Clear Lake methanol unit.

“Celanese is pleased to deliver on a historic milestone achievement in methanol production using engineering leadership, manufacturing excellence and chemical industry expertise,” said Todd Elliott, Senior Vice President, Acetyls. “Methanol is a crucial raw material for the production of acetic acid and other key chemical products and these expansions will enable Celanese to manage future productivity and growth configuration options for the world’s largest acetyl intermediates production facility, as well as the production network of Celanese acetyls plants globally.”

The Clear Lake methanol unit was commissioned in October of 2015 as a joint venture between Celanese and Mitsui & Co, of Tokyo, Japan (NASDAQ: MITSY), with a capacity of 1.3 million tonnes/year. The unit utilizes abundant, low-cost natural gas in the US Gulf Coast region as a feedstock. The joint venture operates as Fairway Methanol LLC, with both Celanese and Mitsui maintaining a 50/50 ownership.