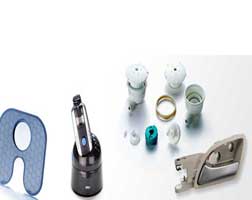 Ibn Sina, a joint venture between US speciality materials firm Celanese Corporation and Saudi-headquartered materials firm Sabic, is expected to open in the third quarter of 2017. The joint venture involves the construction of a 50,000-tonne polyacetal (POM) manufacturing facility in Jubail Industrial City, Saudi Arabia.

Celanese has confirmed that the facility is in the testing phase in preparation for commercial production expected in the third quarter of 2017. Upon successful start-up of the polyacetal facility, Celanese’s economic interest in Ibn Sina will increase from 25% to a total of 32.5%, providing further financial benefits for Celanese, it says.

The polyacetal facility will utilise methanol as feedstock which is produced internally at Ibn Sina.

As part of its growth strategy, Celanese has also invested in its joint venture with Polyplastics at its POM plant in Kuantan, Pahang, Malaysia. The expansion plan calls for additional production capacity of 9,000 tonnes/year of POM and PPS engineering plastics, giving a total capacity of 35,000 tonnes/year, this year.

Its other joint venture with Japan’s Mitsubishi Gas Chemical and Mitsubishi Corp., Korea Engineering Plastics (KEP) in South Korea, also debottleneck its 105,000 tonne/year POM plant in Ulsan and expanded the capacity to 140,000 tonnes/year last year. It has six lines that have a capability of producing 200 grades of POM, making it one of the largest POM facilities in the world.

Polyacetal is a differentiated, high value-added product mainly used in automobile and electronics industries in addition to mechanical and construction manufacturers and other industrial applications.

Based in Dallas, Celanese employs approximately 7,300 employees worldwide and had 2016 net sales of US$5.4 billion.