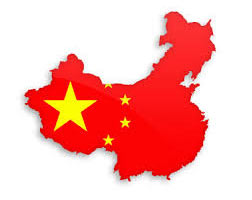 China will continue to be the dominant force in energy demand growth over the next couple of decades, said Mark Finley, BP’s head of global energy markets.

But one of the most profound predictions in BP’s latest global outlook programme launched last month, which Mr Finley was presenting to top Abu Dhabi government officials yesterday, is the changing pattern of energy demand in China over the next 20 years.

He said that while it was important to be humble about the accuracy of the company’s widely watched annual forecasts, there is one area that they generally get right – predicting demand patterns in the major economies.

China’s economic transformation – and the energy demand growth that went with it – has Athe balance of energy power, and Arabian Gulf producers have been competing fiercely for a share of that market.

BP forecasts that China’s oil imports will more than double from 6 million barrels per day in 2013 to 13 million bpd by 2035.

By then, China will have surpassed the US as the largest single consumer of oil in the world as the latter’s oil demand continues to decline, and its dependence on oil imports will have increased from 60 % to 75 %.

“But we expect significant changes in the pace and form of economic growth and development in China,” Mr Finley said.

China made international commitments several years ago to reduce its energy intensity and carbon intensity – the measure of how much energy it consumes and CO2 it emits per unit of GDP, respectively – and despite widespread scepticism at the time it has delivered on both.

Mr Finley said these trends would continue while China moves its economic activity away from energy-intensive export industries and more towards delivery of domestic-focused goods and services.

But Mr Finley noted that the Middle East itself was “one of the foremost growth centres for oil demand … and this may present some strategic challenges in the future as well”.

The balancing act for Gulf producers is to stay competitive in a market that is moving more towards natural gas, where the competition – even with a slower growing China – will be almost entirely focused on Asian countries, and where it is also shifting downstream, towards refined products and petrochemicals.

One of the implications of the US shale oil revolution – together with the country’s declining domestic demand – is that it will be looking to compete more on international markets to sell its refined oil products, a trend already under way.

GCC countries also have been shifting resources downstream, so that future international competition will be more for petrol, jet fuel and other such markets, rather than purely for crude buyers.

Just as important is that the Gulf producers hold on to their strategic swing producer role, in which spare capacity (primarily in Saudi Arabia) has kept stability in the world oil markets. Mr Finley noted that the rate of disruption to the world oil market is at its highest level since the early 1990s, when the first Iraq war coincided with the collapse of the Soviet Union.

“Fortunately, countries such as the UAE, Kuwait and Saudi Arabia have invested over the years in having a robust oil sector and spare capacity,” Mr Finley said. “If the GCC sectors hadn’t invested then the world would be in recession right now, even with US shale production, because these massive supply disruptions would have resulted in sharply higher oil prices.”