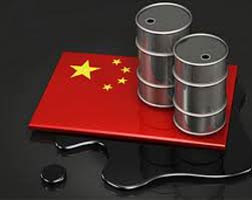 This is the highest rate of growth over the period since the 5.7% recorded in 2012.

Last year, there was a 0.6% year-on-year contraction in China’s apparent oil demand over January to February.

China does not release official data on oil demand, or commercial and strategic oil inventories.

Platts calculates apparent oil demand based on data on refiners’ crude throughput and net oil product imports, as reported by the government.

Production data for January and February is typically combined and released in March by the National Bureau of Statistics to even out distortions that might occur because of the Lunar New Year holidays, which were over February 18-February 24 this year.

The increase in apparent oil demand in the first two months was mainly driven by higher refinery throughput, which climbed 3.5% year on year to 82.64 million mt, or an average 10.27 million b/d, over January and February, according to preliminary data from the NBS on March 11.

This was despite economic data over the first two months surprising to the downside, largely because of a stagnant manufacturing sector.

Industrial production expansion eased to a six-year low of 6.8% while fixed asset investment grew at an average 13.8%, down from 15% in December, according to the NBS.

“Manufacturing weakness is nothing new, but the current round of slowdown is the result of very difficult operating as well as financial conditions in 2014. And it is not only sectors with overcapacity which are seeing problems. Sectors such as equipment, automobile and infrastructure-related engineering also registered weaker performance,” HSBC Research noted last week.

Breaking down the individual months, apparent oil demand in February was higher than in January, in line with historical trends.

However, demand last month contracted 1% year on year to 40.7 million mt or an average 10.66 million b/d, although this was the second-highest monthly volume to date.

Following government revisions to year-ago data, China’s apparent oil demand in February 2014 has been adjusted to an average 10.76 million b/d — a record high, while demand in December 2014, at 10.64 million b/d, is now the third-highest level to date.

Apparent demand last month was up 4.3% from January’s average of 10.22 million b/d, with refinery throughput on a daily basis rising 2.4% month on month.

Oil demand growth in January, however, was 6.3% higher than the same month last year, on the back of a 9.7% expansion in refinery runs over the same period.

“Relatively strong December demand gains were offset by estimates of softness returning in January, emphasizing the apparent volatility that is contained in the monthly data, an occurrence heightened ahead of the Lunar New Year celebrations,” the International Energy Agency said Friday in its latest Oil Market Report.