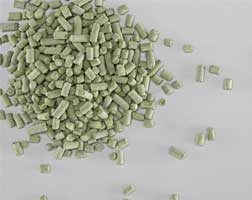 With over 60 years of continuously improved performance, Catofin dehydrogenation is said to be a highly reliable and productive method for light paraffin dehydrogenation. The process operates at optimum reactor pressure and temperature to maximize conversion of propane to propylene, while reducing investment and operating costs.

As an ongoing commitment to advance catalyst technology, Swiss firm Clariant and its licensing partner McDermott’s Lummus Technology consistently improve the Catofin process with innovations such as Heat Generating Material (HGM) and new catalyst generations. Thanks to its extraordinarily high reliability and selectivity, Catofin is said to deliver improved production output annually compared to alternative technologies. Over the last two years, Catofin technology has been selected for 11 new PDH projects worldwide, resulting in a total of 7 million tonnes/year propylene production capacity.

Now, Catofin 311 is said to further enhance the proven benefits of previous generations through improvements in selectivity and longevity. For a typical 600 kilotonne/year PDH unit, customers could benefit from increased productivity of up to US$20 million over the lifetime of the Catofin 311 catalyst.

Stefan Heuser, Senior Vice President & General Manager Business Unit Catalysts at Clariant, commented, “With the successful development of Catofin 311, we have reached yet another milestone in our advanced propane dehydrogenation technology. It is through this relentless commitment to innovation that we continue to add value to our customers’ businesses.”