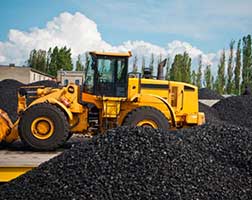 The company recently disclosed that it has paid out such amount for the coal mines held through its fully owned unit Titan Mining Energy Corp. (TMEC) using the proceeds of its initial public offering  (IPO) two years ago.  As of December 31, 2014, Cahi utilised Php426.51 million and Php52.28 million for its Davao Oriental and Zamboanga-Sibugay coal-mine projects, respectively.

The mining company previously allotted Php126.87 million as working capital for the fourth quarter of 2012.

With its net IPO proceeds of Php726.87 million less the total disbursements, the balance stood at Php121.21 million as of end-2015.

Cahi was incorporated on June 11, 2012, as a power and coal-mining entity. Its annual production capacity of high-grade coal is approximately less than 100,000 metric tons (MT).

Being the owner of TMEC, it holds the second-largest coal reserves and resources in the country, with the identified 120 million metric tons  (MMT) of “potential deposit” for both mining facilities.

To raise capitalisation for the two mines, it offered 800 million primary shares at a par value of Php1 each (or about US$43), which accounted for 20% of its expanded capital.

Commercial production of the Davao Oriental mine already started in October 2013—a few months ahead of the original schedule in January 2014—because of advanced completion of drilling and exploration activities onsite.

Based on the attained pre-feasibility study on this facility, it has “proven and probable” reserves of 7 MMT. The Zamboanga-Sibugay project is set to become fully operational this year.