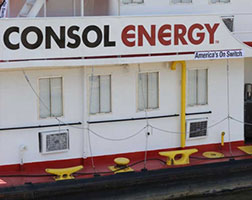 Despite an expected dip in profit, analysts are generally optimistic about CONSOL Energy as it prepares to reports its first-quarter earnings on Tuesday, April 28, 2015. The consensus earnings per share estimate is 11 cents per share.

The consensus estimate is down from three months ago when it was 20 cents, but is unchanged over the past month. Analysts are projecting earnings of 45 cents per share for the fiscal year. A year after being US$969.2 million, analysts expect revenue to fall 9% year-over-year to US$886.5 million for the quarter. For the year, revenue is projected to roll in at US$3.62 billion.

The company’s reported revenue has fallen in the last four quarters. In the fourth quarter, revenue fell 3% to US$935.7 million. Prior to that, the figure declined 28% year-over-year in the third quarter, fell 23% in the second quarter and slid 25% in the first quarter.

CONSOL’s profit in the last quarter followed losses in the previous two quarters.

The majority of analysts (56%) rate CONSOL as a buy. This compares favorably to the analyst ratings of eight similar companies, which average 20% buys.