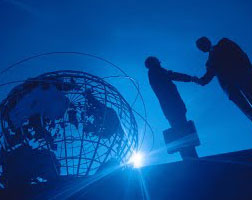 SINGAPORE – Renewable energy, rationalization of fuel subsidies and changing economic policies are set to impact various industries as they look to transform and keep their business relevant amidst the backdrop of volatile oil prices. 2015: Oil Prices in the New Normal Territory?

Despite volatile oil prices, demand for clean energy to remain strong in Asia Pacific for 2015

SINGAPORE – Renewable energy, rationalization of fuel subsidies and changing economic policies are set to impact various industries as they look to transform and keep their business relevant amidst the backdrop of volatile oil prices.

With no impending change in Saudi Arabia’s energy policy, the oil price could temporarily hit low US$40 levels, or even lower for a brief period in 2015. The majority of the world economies will stand to benefit from low oil prices, thus stimulating economic growth to take the supply glut off the market. In fact, the demand for oil is projected to increase by 1 million barrels daily in 2015-2016, with China being one of the key demand drivers.

However, the declining oil prices could have a negative, long-term impact on selected industries and countries.

“If oil prices stay below US$75/barrel over a longer period (more than 2 years), then more than a quarter of the planned deep water projects in the region will not be viable,” said Ravi Krishnaswamy, Vice-President, Energy & Environment Practice, Frost & Sullivan Asia Pacific.

“In addition, depending on the amount of crude oil stored, refiners will have high inventory value loss in the short term,” added Krishnaswamy.

The impact of lower oil prices will also lead to lower LNG prices in the near future although its usage will be partially challenged by the revival of nuclear energy and strong interest in coal due to uncertainties in overall O & G investments. Japanese landed LNG prices will see the sharpest decline, to nearly US$12/MMBTU by 2020, if the current trend continues.

The lower LNG price is likely to stimulate demand for LNG-based power projects. China has the opportunity to capitalize on low LNG prices to clean up the environment and shift to gas based power generation in a big way.

However, the downside of low gas price is the likely delay or cancellation of some LNG production projects in Australia and East Africa, which may not be viable without a significant cost reduction.

Tumbling oil prices will have little impact on renewable energy including solar power. APAC will remain a strong market for solar power with demand led by China, India, and Japan. However, specific segments within the solar market such as distributed PV in China and utility-scale solar projects in Japan are likely to suffer setbacks.

The solar capacity boom in developing Asia is expected to cause a panel supply shortage towards the end of 2015, a first in 6 years. As a result, the production capacity of leading manufacturers is bound to increase.

Market consolidation with M&A among manufacturers set to continue during 2015 as well. Competitive advantage for market players would be based on product innovation and differentiation.

2015: Asset Replacement and Smart Distribution to be major investment areas for power utilities

Asia Pacific’s growing demand for electricity due to rapid urbanization is likely to increase investments in the Transmission & Distribution (T&D) sector by 9.0% in 2015. Japanese grid restructuring and Australian grid privatization in 2015 would be the major investment areas for power utilities.

“Large multinational manufacturers will look for opportunities to acquire regional players to meet the local component requirements and also develop competitive advantage, through a local presence,” he added.

Energy storage systems (ESS) are increasingly finding their way into the T&D utility infrastructure. Electricity market deregulation in several countries including Japan and Australia will further exasperate this trend.

Japan and Korea will continue to develop and test bed integrated utility scale ESS solutions. Their key focus now is to build an efficient ESS ecosystem for global exports.

Despite strong interest from the industry, incentives and government support is needed to sustain the ESS development phase in the region. Immediate opportunities for ESS are likely to be in Singapore, Korea and Japan. Long term market investments and opportunities are likely from China and India as they work towards smart city projects.

Smart energy is evolving in the Asian region with the use of digital technology through advanced metering infrastructure, distribution grid management, and demand response thereby establishing an intelligent and integrated T&D system.