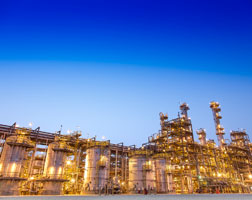 The current equity ownership split is 65% Saudi Aramco and 35% Dow. If the potential transaction is concluded as presently proposed, Dow and Saudi Aramco would each hold a 50% equity stake in Sadara.

“Sadara is the result of a game-changing partnership between Saudi Aramco and Dow by delivering market-driven solutions that support the diversification of the country’s economy,” said Andrew Liveris, Dow’s Chairman/CEO. “Increasing our equity stake in this iconic joint venture is a powerful example of our strategic partnership with Saudi Aramco and is yet another accelerator in Dow’s long-term growth strategy designed to capture growing consumer-led demand in our key end-markets of transportation, infrastructure, packaging, and consumer products in developing regions.”

Saudi Aramco President and CEO Amin H. Nasser said, “We are proud of our partnership with Dow given its preeminent stature among the world’s leading chemical companies. Dow’s larger stake in Sadara is an endorsement of the Kingdom’s vibrant ecosystem, and signals Dow’s confidence in our partnership as a model of mutually beneficial foreign direct investment. The time is right to fully leverage Dow’s global leadership to further contribute to the Kingdom’s economic transformation in line with Vision 2030.”

The potential equity equalisation would occur following the later of two events― (i) the intended separation of the Materials Science Company, within 18 months after the close of the merger of equals between Dow and DuPont on August 31 and (ii) Sadara’s completion of the Creditors’ Reliability Test, which is part of the limited-recourse financing used to fund the Sadara project development. The anticipated financial impact of the potential transaction is not being disclosed. The Sadara financial structure and governance remain unchanged.

The Sadara chemical complex, the largest of its kind ever built in a single phase, is currently operating all of its 26 world-scale units that manufacture a portfolio of valued-added performance plastics and specialty chemicals.

The more than 3 million tonnes of performance-focused products serving the Packaging, Transportation, Infrastructure and Consumer markets will add new value chains to Saudi Arabia’s vast hydrocarbon reserves, resulting in the diversification of the economy and region.

Meanwhile, Sadara recently commemorated the commissioning of the last of its 26 plants – an isocyanates section currently producing crude quantities of toluene di isocyanate (TDI) and other speciality chemicals.

A first for the Gulf region, the TDI section is mainly used in the production of flexible polyurethane foam for furniture, mattresses, cushioning and car seats. TDI also has a variety of industrial uses, such as coatings, adhesives, sealants, specialty foams and other products.