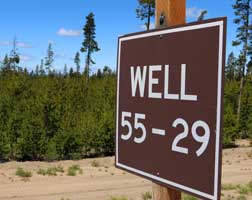 The Geothermal Energy Association (GEA) applauded Senators Lisa Murkowski and Maria Cantwell for the The Energy Policy Modernization Act of 2015, through which they propose measures to remove important barriers to geothermal development in the US.

Apart from the 50-GW target, the bill also envisages directing federal agencies to identify priority areas for geothermal development, and facilitating new discoveries by allowing the limited non-competitive leasing of adjacent lands where a new discovery has been made.

In addition, the Energy Policy Modernization Act of 2015 would allow federal oil and gas lease holders to secure non-competitive geothermal leases to facilitate co-production of geothermal power — 25 billion barrels of hot water are produced each year from US oil and gas wells. The bill would also provide geothermal exploration test projects a limited categorical exclusion if the lands involved present no extraordinary circumstances.