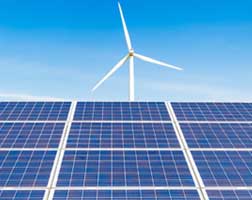 French energy giant Engie is looking to invest a minimum of US$1 billion (Rs65 billion) in India’s solar energy segment over the next five years.

Engie chief executive Isabelle Kocher said a US$1-billion investment is the bare minimum as the company plans to win 400 megawatts (MW) a year, which means an investment of almost half a billion annually. “It is a highly capital-intensive business,” she said.

But it all depends upon whether the projects on offer suit the company that reported EUR66.6 billion of revenue in 2016. “It boils down to the quality of projects,” said Malcolm Wrigley, Engie’s India CEO. “If we find projects we are comfortable with, then for sure the money is available.”

In March this year, Engie, through subsidiary Solaire Direct, won a 250 MW solar project in an NTPC-conducted auction at the Kadapa Solar Park in Andhra Pradesh, bidding a tariff of Rs3.15 per kilowatt-hour (kwH). In January 2016, it had won 140 MW at another NTPC auction at the Bhadla Solar Park, Rajasthan.

“When these are completed, our investment in India’s renewable energy will be in the range of $50 million,” said Wrigley. The company currently has around 200 MW of solar projects commissioned and operating in India.

Engie is also an investor in Petronet LNG, which owns India’s first LNG terminal, and in the Kakinada LNG project.

In renewable energy, Engie has so far confined itself to solar in India, but is keen to diversify. “We could do wind projects as well if more wind auctions come up,” said Wrigley.

Kocher had more ambitious ideas. “There are other opportunities we are thinking about such as green mobility — providing the infrastructure for electric vehicles — or district heating and cooling, which enables such heating or cooling from a centralised location,” she said. “Then there is energy efficiency of buildings. In our meetings with government officials, we told them about our work across 130 Paris schools which will lower their energy consumption by 30% over 10 years.”

In 2015, Engie decided to get out of conventional energy altogether and has been selling off all such assets worldwide. In India, it sold its majority stake in Meenakshi Energy, which runs coal-fired thermal plants in Andhra Pradesh. “Ours is the first global power company to adopt such a policy,” said Kocher. “It is a withdrawal over three years, which started at the beginning of 2016. Coal used to be 15% of our mix and we have already decreased that by 50%.”

French companies are taking increasing interest in India’s renewable sector, with Engie’s main rival EDF (entirely owned by the French government) also pledging to set up 2,000 MW in India at a cost of $2 billion.

“The mix of dynamic economic growth plus the government’s decision to emphasise renewable energy makes India a very attractive country for us,” said Kocher. “Many governments the world over are speaking about energy transition, but they are not doing enough, I feel. But India has been really consistent. We are also happy to support India in the International Solar Alliance it has set up along with France.”

Engie has been present in India for two decades, but mainly carrying out engineering projects and offering consultancy. “We know this country well,” said Kocher. “It is now time for us to invest in it and build infrastructure. We expect our growth here to be the highest among countries in coming years.

The company has a global installed capacity of 115.3 gigawatts (GW) across all forms of energy.