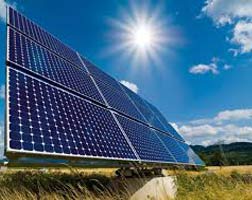 The Investment Coordinating Board (BKPM) says that it received a total ofUSD630 million worth of renewable energy project proposals from different European companies.

In a statement on Monday, the BKPM said it received investment proposals of as much as USD380 million from an unnamed Italian power company last week, during chairman Franky Sibarani’s trip to Milan, Italy, last week.

Franky also cited another investment proposal from the UK, including from an investor who aims to build a 200 megawatt solar-powered electricity generator with an estimated investment value of USD250 million.

The investment coordinating board is now facilitating a meeting for investors and representatives from the state power operator Perusahaan Listrik Negara (PLN), the Energy and Natural Resources Ministry and potential local partners, the BKPM chairman said.

“The investors [are] currently assessing potential areas for solar-powered electricity generators, such as North Sulawesi, West Kalimantan, South Kalimantan and East Kalimantan, as well as East and West Nusa Tenggara,” he said, as quoted by the Jakarta Globe.

In the first half of this year, BKPM recorded 226 ongoing power plant investment projects worth Rp 18.4 trillion (USD1.3 billion) in Indonesia. Renewable energy accounts for 10% of the projects, including hydro-powered and geothermal generators.