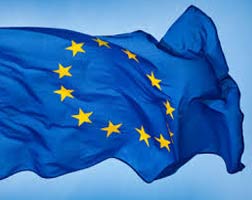 The European Union is preparing emergency plans in case any of its member countries suffer from energy supply outage.

Already last year the European Commission carried out gas stress tests to find out which parts of Europe were most vulnerable, given uncertainty surrounding the European Union’s biggest energy supplier Russia.

Russia last year cut off gas to Ukraine, the main transit route for Gazprom to ship gas to the EU, because of a pricing dispute.

Climate and Energy Commissioner Miguel Arias Canete said the Commission would deliver security of supply proposals for gas late this year and electricity next year.

“We are going to make big modifications to the security supply regulation. It will be done taking into account the results of the stress tests we did last year,” Arias Canete told a news conference following a meeting of energy ministers in Riga.

Building on existing regional cooperation and an analysis of where the weak points were, he said the Commission would develop “full contingency planning”.

At the same time, to try to ensure the emergency plans are never actually be needed, the Commission would continue to seek a greater range of energy suppliers and supply routes, Arias Canete said.