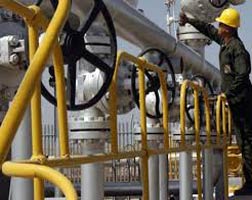 HONG KONG – The European Union is seeking Asian capital for a multi-billion euro investment plan it hopes will create more than a million jobs and revive growth.

Through the creation of the European Fund for Strategic Investment, presented in Hong Kong yesterday during its first roadshow outside Europe, the EU seeks to inject €315 billion (RM1.3 trillion) into a range of long-term projects from broadband infrastructure to green energy.

To attract investors, the EU has pledged €16 billion from its own budget in guarantees and is looking to fund around 20 % of each project.

Despite the problems posed by the Greek crisis and low growth, some Asian investors signalled an appetite for Europe.

“Asia right now is flush with liquidity and European companies are a bargain. It’s a no brainer for Asian investors, particularly Chinese ones, to diversify into Europe,” said Vincent Chu, Chairman of First Eastern Investment Group, who has already invested more than US$300 million in the region.

Chu said Chinese companies are keen to get into Europe to access technology and know-how and bring these back into Asia.

Asian investors, first of all Chinese, have already started investing in the EU, particularly in the UK. But are often faced with higher costs, a challenge for the success of the EU plan.

“Workers in developed countries demand much higher salaries than that of the mainland. So it will be very difficult (for the Chinese firm) to profit,” said Gart Wong, an analyst at Chinese investment bank Guotai Junan Securities.

Under the plan, EU institutions would act as junior partners in any investment, meaning they would take the first hit were the project to run into problems.

The plan, expected to win final approval in the European Parliament by July, is already attracting interest from sovereign wealth funds in Asia and in the Gulf, a EU official told Reuters.

“We feel there are opportunities to invest in Europe,” said George Yuen, a director at China’s ICBC, the world’s biggest bank by market capitalisation.

“Of course, one has to deal with issues such as high social costs. But we think the advantages outweigh the disadvantages.” — Reuters