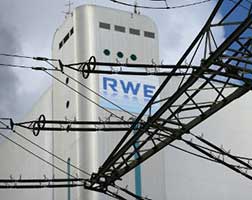 A power giant is undertaking an overhaul after reporting sinking profits.

The company said it would by January 2017 slash its number of limited-liability subsidiaries by 30 %, public holdings by 60 % and supervisory bodies by 70 %.

It did not comment specifically on potential job losses but said its sites would remain “unaffected”.

The plans drawn up by chief executive Peter Terium were given the green light by RWE’s main supervisory board in a bid to cut internal red tape and speed up decision-making, RWE said in a statement.

“The massive transformation of the energy market in recent years, and in RWE’s core markets in particular, have posed major challenges for RWE,” it said, adding that the company would be able to “adapt accordingly”.

RWE in May reported that profits were down in the first quarter, and said it was sticking to its forecast for a decline in underlying earnings for the whole year. Second-quarter results are due on Thursday.

The company, like many of its rivals, has suffered from a drop in profit margins from conventional electricity generation due to a boom in renewables as part of Germany’s “energy transformation” as it phases out nuclear power and seeks to reduce fossil-fuel use.

“We are one RWE and we want to stay that way. But without change, we cannot make the group future-proof,” Terium said.