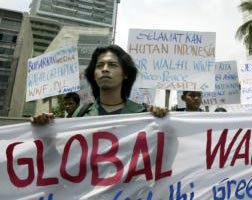 Cape Town – World governments will have to increase spending on clean energy technology by three times if we are to meet the goal of keeping climate change under the target of a 2ºC warming.

The report, Energy Technology Perspectives 2015, found that progress in clean energy was “falling well short” of what was needed to achieve this 2ºC target .

It said 2015 should mark a turning point in global climate action as world leaders prepared for the UN climate change talks in Paris in December. The objective of the climate negotiations was to get all nations to agree to a new, legally binding agreement on reducing greenhouse gas emissions.

The agreement would come into force from 2020.

IEA executive director Maria van der Hoeven said while the stakes for the energy sector to achieve the transformation were high, this sector was “no stranger to profound technological change”.

There had been a chain of incredible innovations in energy over the last 100 years which had been at the vanguard of social and economic transformation.

“But we cannot be complacent. We are setting ourselves environmental and energy access targets that rely on better technologies,” Van der Hoeven said.

“Today’s annual government spending on energy research and development is estimated to be US$17-billion (R204bn).

“Tripling this level, as we recommend, requires governments and the private sector to work together closely and shift their focus to low-carbon technologies.”

The report said it would be difficult for the world to meet its climate goals solely through the UN negotiations.

What was also needed was new, groundbreaking energy technologies that would cut greenhouse gas emissions.

If the world stuck to its business-as-usual scenario in the energy sector, we were heading for a 6ºC increase in the average global temperature.

To keep to the 2ºC scenario, cumulative carbon emissions from fossil fuels had to be radically reduced from “business as usual”.

Globally, the energy intensity of gross domestic product and the carbon intensity of primary energy had to be reduced by 60 % by 2050.

Investing in clean energy technology also made economic sense: for every dollar invested to achieve the 2ºC scenario, nearly US$3 in fuel costs would be avoided by 2050.

Success stories such as the rapid growth in solar photovoltaics and the first power station equipped with carbon capture and storage showed there was untapped potential.

But Van der Hoeven said research and development alone were not enough to move technologies from ideas to commercial products.

Governments had a key role to play in creating the initial market opportunities that sent signals to innovators and drove investment.

“If we only stick to the beaten path of today, we will miss the game-changers of tomorrow. – IOL Scietech