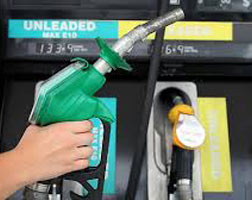 The current fuel shortage in Imphal worsen as people line up outside the petrol stations and wait for hours just to get their ration.

Imphal is the capital city of the state of Manipur in India. Both of Imphal’s national highways were blocked, so the city had to rely on its stock petrol for weeks.

The Nagaland route has been blocked for over two weeks now because of a landslide, while a bridge collapsed on the other route from Assam.

The city’s petrol pumps are left with only a few days stock so they have been forced to ration fuel at their stations. Most pumps ration fuel for only a limited time in the day. Police officers were deployed at the pumps to ensure the peace.

Local newspapers like the Sangai Express reported that fuel is still available in the black market at high prices. According to local media reports, petrol in the black market costs Rs 170-200 per litre, while diesel goes for Rs 120-150 per litre,
The state government has said that it has launched a drive against black market selling, and is unblocking the roads. Sources say that this will take a few more days.

According to reports, shortage of LPG cylinders may happen soon, and cylinders in the black market sell for as much as Rs 2000 each.