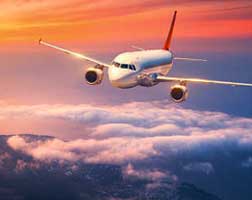 US headquartered  renewable chemicals and advanced biofuels company, Gevo has signed a binding, definitive construction license agreement with Praj Industries, an India-headquartered bioenergy process solutions provider,  to commercialise the production of renewable isobutanol using sugary-based feedstocks, such as juice, syrup and molasses made of sugarcane and sugar beets. Under the agreement, Praj will provide engineering procurement and construction services to certain third party customers using a process design package that incorporates Gevo’s proprietary isobutanol biocatalyst and is designed for use with sugary-based feedstocks (PDP).  The PDP is jointly owned by Gevo and Praj.

Patrick R Gruber, Gevo’s CEO said that the partnership will enable India to benefit from isobutanol and drop-in gasoline.  Gevo expects to leverage Praj’s Enfinity technology to produce second generation drop-in hydrocarbons utilising the former’s existing technology that has already been proven.  “We expect to scale up quickly and be ready for the Indian market as early as 2020,” he said.

Pramod Chaudhari, Executive Chairman of Praj, added, “the addition of  isobutanol technology to Praj’s diverse product portfolio is a step in our endeavor towards smart biorefineries that facilitate sustainable decarbonisation.  This solution can be offered both as a ‘bolt-on’ to an existing ethanol plant or as a Greenfield plant. We value our partnership with Gevo and believe that this technology will help the aviation industry fulfill its obligation of greenhouse gas reduction.”

These second generation biomass feedstocks are the lowest cost feedstocks in some markets and have the additional benefit of having a very low carbon footprint.  The use of agricultural residues as a feedstock to produce isobutanol should provide Gevo feedstock optionality in markets that are targeting decarbonisation from second generation forms of biomass.