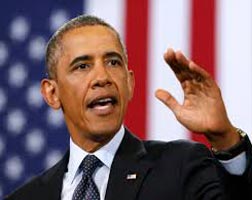 Green energy in the U.S is poised for good years ahead as President Obama plans to cut carbon emissions.

“The manufacturers will keep investing if we can look forward and say over the next five-plus years we’re going to see continued demand for this product,” said Mike Garland, chief executive of Pattern Energy Group Inc, which owns 16 wind farms in the United States, Canada and Chile.

Renewable energy sources like wind and solar depend heavily on government support such as procurement mandates and tax subsidies. The wind industry, in particular, has experienced sharp swings in demand over the last decade due to a tax credit that has been renewed in sometimes yearly increments.

That lack of clarity has spooked some makers of wind turbine components from making long-term commitments to the U.S. market.

Not all uncertainty has vanished. Obama’s plan faced sharp criticism from Republican presidential candidates vowing to revoke the regulation.

And the plan is sure to be challenged in court, with a slew of lawsuits expected from industry and coal-dependent states that are likely to be resolved only at the Supreme Court.

That legal and political ambiguity may account for the collective shrug investors delivered to Monday’s announcement. The MAC Global Solar Energy index fell 3 % on Monday.

“It’s just too long term right now,” said Shawn Kravetz, president of Boston-based Esplanade Capital, which has a fund focused on the solar industry. “The people who are moving these stocks I assure you can barely focus on Aug. 18, never mind 2018.”

But many companies say they believe the new regulation will guarantee their place as an essential part of the U.S. energy mix. Though states have until 2022 to begin complying, renewable energy and efficiency companies say they expect investments in the transition to accelerate immediately.

“For a publicly traded company that’s fast growing, 2022 is a lifetime from now,” said Alex Laskey, president of Opower Inc, a provider of software that helps utilities reduce their energy consumption. “But the shift has to begin now.”

The solar industry, which is bracing for its key federal tax credit to be slashed to 10 % from 30 % in 2017, could use the need to meet the higher renewables threshold to convince legislators to make the initial cut less drastic, one executive said.

The Investment Tax Credit, which has been in place since 2006, has allowed solar to become cost-competitive with fossil fuels in about a third of the U.S. states, Werner said.

Yet while the industry has always craved regulatory certainty, renewable energy supporters say that the transition away from coal to cleaner fuels is already underway – and cannot be derailed by politics.

“Those who are positive on renewables see this happening regardless of what a politician might say at any given point in time,” said Tony Tursich, who manages about US$450 million for Trillium Asset Management. “Renewable energy is going to continue to grow despite who gets elected president in the United States in 2016.”