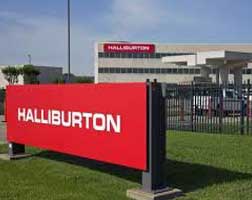 Halliburton Co. and Baker Hughes Inc. plan to begin seeking buyers next month for as much as $10 billion in assets that the oil-services companies need to sell to complete their merger, people with knowledge of the matter said.

The companies are planning to unload at least four batches of overlapping business lines in order to win approval from the U.S. Justice Department for their $34.6 billion combination, said the people, who asked not to be identified because the matter is private. These include Halliburton’s drill bits and directional drilling operations and Baker Hughes’s cementing division, the people said.

They also plan to sell a bundle of their completion-tools lines, the people said, and could select financial advisers to oversee the sales by the end of the month. The divestments are needed to satisfy antitrust concerns and the size could range from $7 billion to $10 billion, one of the people said.

Halliburton has said it would sell businesses that account for as much as $7.5 billion in revenue for regulatory approval. Halliburton and Baker Hughes, the world’s second- and third-largest oilfield services companies, are creating a larger footprint with a broader technology portfolio to better compete against Schlumberger Ltd., which will be about twice the size of the combined companies.

Investors have shifted from feeling “skeptical” the deal would get done to now believing it will close, Jeff Tillery and Byron Pope, analysts at Tudor Pickering Holt & Co. wrote today in a note to investors. The potential divested assets are seen as “premium multiple businesses,” they wrote.

Baker Hughes said in a filing this week it attracted attention late last year from a “global conglomerate” in assets it may end up having to sell as part of the deal with Halliburton.

A representative for Baker Hughes declined to comment, while Halliburton said in an e-mailed statement that it is too early in the process to determine what units may be divested.

The completion-tools operations, which could include offshore sand control and various other gear used to finish the well before production, could sell for as much as $5 billion, they said.

Halliburton and Baker Hughes will each hold special meetings on March 27 to allow shareholders to vote on the deal.

In January, both reported higher earnings for the last quarter of 2014 as they prepared for a downturn in the industry. Even as they beat analysts’ profit estimates, the companies are reducing their workforces and seeking to lower costs after oil prices dropped by half from a June high.

Halliburton is cutting as much as 8 percent of its global workforce of more than 80,000. Schlumberger has announced cuts of 9,000 jobs and Baker Hughes has eliminated 7,000 positions. Weatherford International Plc has announced 8,000 dismissals.

Gloucester-based Advanced Insulation, a leading manufacturer of technical and insulation materials for the upstream oil and gas industry; and specialist in the design, engineering and manufacture of polymer solutions for the marine and offshore sectors – has appointed Greg Hue as overseas sales manager for the French oil and gas market.

Commenting on Greg’s appointment to Advanced Insulation’s overseas sales team, director of subsea sales Kevin Firth says: “To increase sales in important sectors within a global market, it is vital that we build relationships at a local level, so Greg’s appointment is a strengthening of relationships between our UK headquarters and French customers.”

His responsibility also includes building and maintaining relationships with key companies in the region, including operators and contractors such as Total, Saipem, Technip and Subsea 7; all of which have offices in Paris and deal with major oil and gas projects in Africa and beyond.