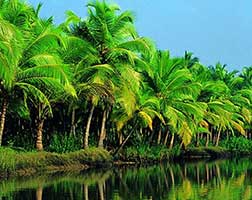 The haze hanging over the palm-growing regions in Malaysia and Indonesia are affecting the plant’s growth and may reduce oil production by 10 to 20%.

A prolonged haze amid the strongest El Nino in two decades may hurt oil palms in the coming months and can potentially support prices which slumped to a six-year low in August. Heavy haze curtails the amount of sunlight reaching trees and hinders photosynthesis, resulting in lower yields six months down the line, according to Malaysian plantation consultant Ganling Sdn. The blazes are often started to clear land for plantations.

“The palm is under stress,” Ling Ah Hong, director at Ganling, said to Bloomberg. “If the haze prolongs over a long period, like a month or two, there may be some impact on production because it affects photosynthesis activity of the palm trees.”

The cloud of smog was caused by forest fires triggered by the severe El Nino in the region. The smog worsens this week. Indonesia is deploying the military to extinguish forest fires. In Malaysia, flights are diverted and some schools were temporarily closed.