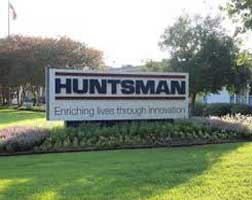 US chemicals maker Huntsman Corporation is to sell its chemical intermediates and surfactants businesses to Thailand-based Indorama Ventures for US$2 billion in cash plus the assumption of up to approximately $75 million in deferred pension obligations. This is the largest acquisition in Indorama’s history and one of the largest acquisitions by a Thai company in the last decade. Expected closing is Q4 2019, subject to regulatory approvals.

Indorama said the deal would enhance its higher margin integrated oxides and derivatives and specialty chemicals segments as well as expand its footprint in the US.

Huntsman CEO Peter Huntsman said the sale would accelerate the company’s ability to focus on downstream and specialty businesses, “where we will generate more stable margins and consistent, strong free cash flow.”

The ethylene manufacturing operations are in US, Australia and India. Indorama will buy most of the operations at the Port Neches, Texas, site, including a 235,867-tonne/year mixed-feed cracker; a 1 million-tonne/year ethylene oxide/monoethylene glycol unit; and a propylene oxide/methyl tert-butyl ether (MTBE) plant, which also produces surfactants and amines. Huntsman will retain ownership of a diglycolamine, or DGA, plant at Port Neches.

Huntsman’s LAB manufacturing site is at the Chocolate Bayou site south of Houston while the surfactants plant is in Dayton, Texas.

Propylene oxide is among the chain of products used to make polyurethanes, which are used to make mattresses, furniture cushions, insulation, paints, foam toys and vehicle interiors. The plant being sold can produce up to 238,135-tonne/year of PO and 988,000-tonne/year of MTBE.

Indorama already has a 550,000-tonne/year MEG plant in Texas and a newly refurbished 440,000-tonne/year steam cracker in Lake Charles, Louisiana. Indorama bought the cracker from Occidental Chemical in 2015 and launched an extensive revamp to increase its capacity to the current level from 370,000 tonnes/year. OxyChem had shut the cracker in 2001.