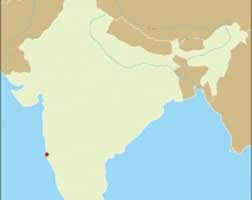 The Indian government is setting up green energy “corridors” to transmit clean energy from the country’s leading renewable power states to those with high electricity demands.

Power minister Piyush Goyal announced the INR38 billion (US$6 billion) plan in a speech to mark India’s achieving a record low energy shortfall of 3.6% in the last year.

Consultancy firm Bridge to India founder and director Tobias Engelmeier told PV Tech that the government is building these “new evacuation transmission lines” specifically in states where renewable energy plants are on the rise, particularly the “solar states” of Madhya Pradesh, Rajasthan and possibly Gujarat. Such transmission infrastructure will be connected to main centres of energy consumption including Delhi and the state of Maharashtra.

Engelmeier added that the mountainous state of Himachal Pradesh may be included due to its strong levels of hydroelectric power.

He also said that the Indian government is aiming to build smart cities that could involve the upgrading of distribution lines. Such upgrades are also necessary to reduce current energy losses.

This week a PV Tech analysis, ‘100GW by 2022: Behind India’s big solar numbers’, explores the figures behind India’s enormous solar target and what it will take to realise them. – PV-tech.org