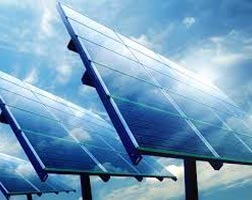 By 2022, solar will be one-fifth of India’s increase in electricity demand, with installed capacity totalling 75GW, a report says.

The increase is propelled by a $50 billion grid upgrade and new installations. India’s solar capacity will be capable of delivering 110 terawatt-hours, or 22 %, of required power increase within seven years, according to a report from the Institute for Energy Economics and Financial Analysis, a Cleveland-based researcher.

Net electricity demand in India, powered by an economic growth rate of 7 %, is likely to increase by 500 terawatt-hours by fiscal 2022 — 60 % of estimated requirements last year, IEEFA estimates.

A China-like expansion in solar installations is feasible for India in a period of several years, the report said. China’s solar capacity surged from less than 1 gigawatt in 2010 to almost 33 gigawatts at the end of last year, according to data from Bloomberg New Energy Finance.

“India is replicating Germany’s and China’s systematic electricity sector transformation, with the added advantage that the cost effectiveness of this is accentuated by the fact that the price of solar electricity has dropped by 80 % in five years,” Tim Buckley, director of energy finance studies at IEEFA, said in a press release.

India has about 37 gigawatts of green-energy capacity. The country aims for an almost fivefold expansion to 175 gigawatts by 2022 at an estimated investment of $200 billion.