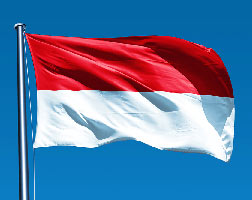 Indonesia handed in an official request to the Organization of the Petroleum Exporting Countries (OPEC) to take them back in the club.

OPEC is the biggest association of oil exporters. Indonesia has been a member for 47 years until 2009, when the country was suspended since it became an oil importer.

In a statement by the OPEC, they said that the request has been circulated to all OPEC Member Countries for their consideration and approval. Considering the feedback, the Indonesian Minister of Energy and Mineral Resources, His
Excellency Sudirman Said, will now be invited to attend the next regular Meeting of the OPEC Conference on December 4, 2015. This will include the formalities of reactivating Indonesia’s membership of the Organization.

The country will not be formally admitted until after the conference, but OPEC said that they “welcome [Indonesia’s] return to the Organization.”