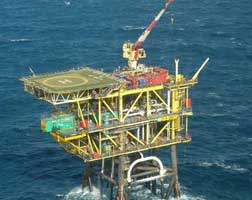 Global speciality chemicals manufacturer, Ineos, is investing £1 billion in the UK: £500 million in the Forties Pipeline System (FPS), to extend the life of the pipeline, touted as the North Sea’s main oil and gas artery,  into the 2040s; £350 million at Grangemouth in a new energy plant; and £150 million in Hull to build a 300,000 tonne/year VAM (Vinyl Acetate Monomer) plant

Opened in 1975, FPS is a strategic UK asset that can transport up to 600,000 barrels of North Sea oil onshore for refining every day, Ineos said. The pipeline transports 40% of the UK’s oil & gas to the mainland.

UK-headquartered Ineos intends to overhaul the reliability of the 500km pipeline system, including modernising the environmental systems and implementing the latest technology into its systems. This investment will rejuvenate FPS, delivering a long-term asset that meets the needs of North Sea oil and gas producers

The second Ineos investment is on the Grangemouth site. The £350 million investment will allow for the development of a new steam and power plant, delivering significantly improved energy efficiency and long-term reliability.

In addition, Ineos will invest £150 million in Hull to construct a new VAM plant, which will bring production of an important raw material back to the UK. The capacity at the site is expected to be 300,000 tonnes/ year. VAM is a key component in a wide range of important high-end products including laminated windscreens, toughened glass, adhesives, coatings, films, textiles and carbon fibre.

Sir Jim Ratcliffe, Ineos’s Founding Chair, commented: “These investments will ensure that our UK assets continue to be world class for many years to come”